We are the Musky Toes
They can smell blood . . . and cheesy feet!
featuring
Musky Toes

The Musky toes are an all-girl singing band. Every last one of them is blood-thirsty. Quite small and very slender, (mosquito-sized, actually) they make up for their small size by being very crafty and stealthy. They are very good at sneaking into places where they are not wanted, especially around people's legs... They can smell blood in someone's skin from miles away and track it down. They don't mind that it is someone's blood in the person's own skin. "Aw, come on ..." they'd say "... just look at how small we are! How much blood can we really drink"? 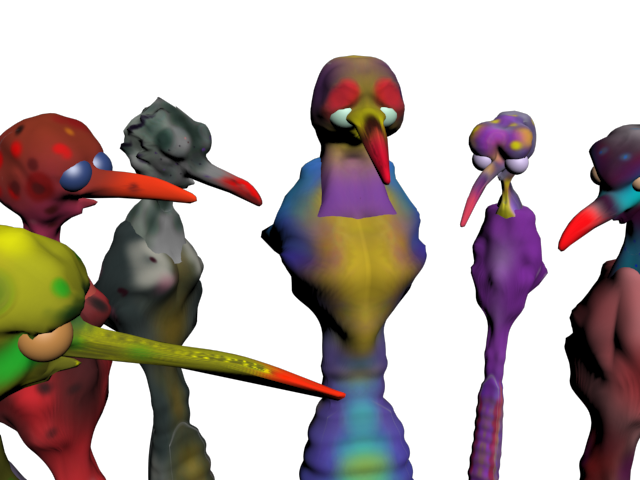 The Musky Toes insisted on their right to anyone's blood. At least they were fair to all because they bit everyone; rich or poor, boy or woman—the Musky Toes didn't cheat anyone when it comes to getting bitten.

Now, you may find this hard to believe but what those blood-sucking fly-by-nights love most is smelly feet. That's right: the Musky Toes are drawn to musky toes. When people sweat on their feet and don't wash ... "Aaah!" that  smell's like savoury soup to the Musky Toes.

After gaining a lot of bloody experience the Musky Toes had devised a lot of strategies to go about their bloody business. Their favourite strategy of the moment was what they fondly referred to as "the Gathering of Blood". This strategy depended on the fact that where people gather together, there's a lot of blood gathered together.

Upon hearing of a funeral, or a party anywhere, the Musky Toes would fly there and volunteer their services as a singing band to entertain people who had gathered. Maybe some had just come from somewhere and wanted to have a party, or maybe someone was about to go somewhere. When people died or when people were born, there was usually a party or a celebration, some sort of gathering.  Whatever it was, to the Musky toes it was just an endless buffet.

For the Musky Toes, the most difficult part was convincing the organizers of such gatherings that as small as they were they could sing loud enough to fill everyone's ears. But they would all smile so sweetly, or at least that is what it would look like through the magnifying glass that people would use to negotiate with them.

And given the chance, you should see them perform! Their leader was called Piercia. Then there was Sucsalia and Bleedith, (who secretly thought that she was the one who ought to be the leader of the band). Sang and Nonette were francophone Musky Toes and liked to appear very stylish. Then there was AB. No one remembered her real name but everyone just called her AB because that was the blood group she liked sucking the most. Donate generously, she'd cackle with a gleeful smile as she sucked. Haemoglia was one of the fattest Musky Toes you'd ever see and the other Musky Toes used to talk behind her back. All of them were sure that Haemoglia had a secret blood bank somewhere that she wouldn't tell anyone about.

More Stories about this friend
No items found.
Other Stories by this Author
Higgledy Jiggledy Piggledy
GeeKnee Fowl is Here Today
Gbevu Smiles Back
How Gbemela Lost His "Down"
Bola and Rubbish go together
All about small
The Early Adventures of Sir Basil
The Beat that cannot be Beaten