Gbevu Smiles Back part 3
Sly, cunning and full of mischief, Gbevu was always smiling.
featuring
Gbevu, Gbehaa and Gbemela
author
Rodius Rex
published
As flowers have bright colours and sweet scents to attract butterflies, birds and bees, so Gbevu had his smile. All smiles have the same shape but you should look closer. It was not always easy to see that Gbevu's smile was not the good kind of smile. Gbevu, you see, was always waiting for someone to fall into his trap. Chickens, little children, kind-hearted grown-ups, and other people who trusted without thinking twice were Gbevu’s favourite.
Gbevu Smiles Back ...part 3 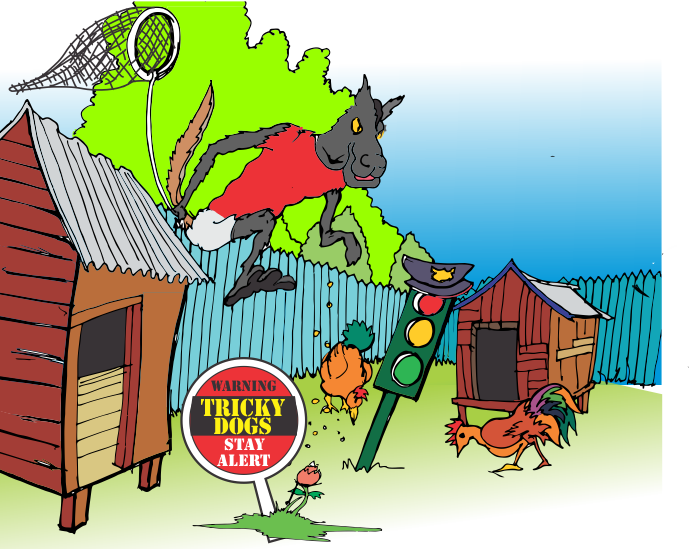 With carefully calculated sympathy and showing kindness for interest, Gbevu would have made a fine banker if he had taken his school lessons more seriously. But he had taken his time in school as a joke and since even destiny likes laughing at jokes, his life was now made up of nothing but funny business. Borrowing and not repaying, lending money then tricking you to pay more, yes, Gbevu is always waiting. Gbevu waited to have the last laugh but just like how there are different kinds of smile, his laughter was not the happy kind of laughter.He always claimed that he he’d been very good at school but found it very difficult to write. With four short fingers, his story was that he could only write for a little while before he had to stop, or as he liked to say, “pause for his paws”. It was a poor excuse, because others were doing more with less. A popular song was whistled around Koklokrom about the three Bush boys. The words are a secret that you can share but you have to be careful: when Gbevu hears this song he snarls and loses his smile, looking more like the wretched tricky dog that he really is deep down.

Gbemela has five fingers
Gbevu has four but very small
Charley at least has feathers,
But poor Piggy has nothing at all.

This was not all totally true and of course when something is almost true it is almost completely a lie. The truth was that Piggy had hooves. Even calling them hooves is being miserly with the truth. Piggy had trotters. Chickens have clawed feet, dogs, paws and some larger animals like Bull-Ox the Bulldozer have hooves. But at the end of his limbs poor Piggy had something like paws that were almost hooves, or as Gbevu liked to tease him “paused hooves”.